Diabetic retinopathy is an important preventable cause of blindness.1 Laser panretinal photocoagulation (PRP) reduces blindness by 50% in those patients with proliferative diabetic retinopathy.2 Pain during PRP is recognized to occur to a greater or lesser extent in most patients.3 We assessed the previously unstudied safety and efficacy of music during PRP via a single-center, prospective randomised controlled trial of classical music versus usual treatment, with the primary outcome of presence of pain. We also assessed for any association of other variables, comprising demographic and treatment variables, with pain.

Research ethics board approval was granted before the study was initiated. Patients were randomized to receive PRP laser while listening to music, or usual laser treatment, in a 2:1 ratio. The music was classical, comprising Bach’s Aria and Jesus, Greig’s Morning Mood, Pachabel’s Canon, Mozart’s Concerto, Satie’s Gympondie, Lizst’s Love Dream, and Shostakovich’s Waltz number 2. Randomization was performed with the “blockrand” package for block randomization for clinical trials using the statistics software R.

All patients received laser PRP in a standard protocol. After the laser treatment patients were questioned to determine the presence and level of pain experienced immediately afterward and 24 hours later, level was determined by score on a numeric pain scale of zero to 10. Logistic regression was used in analysis of pain scores. 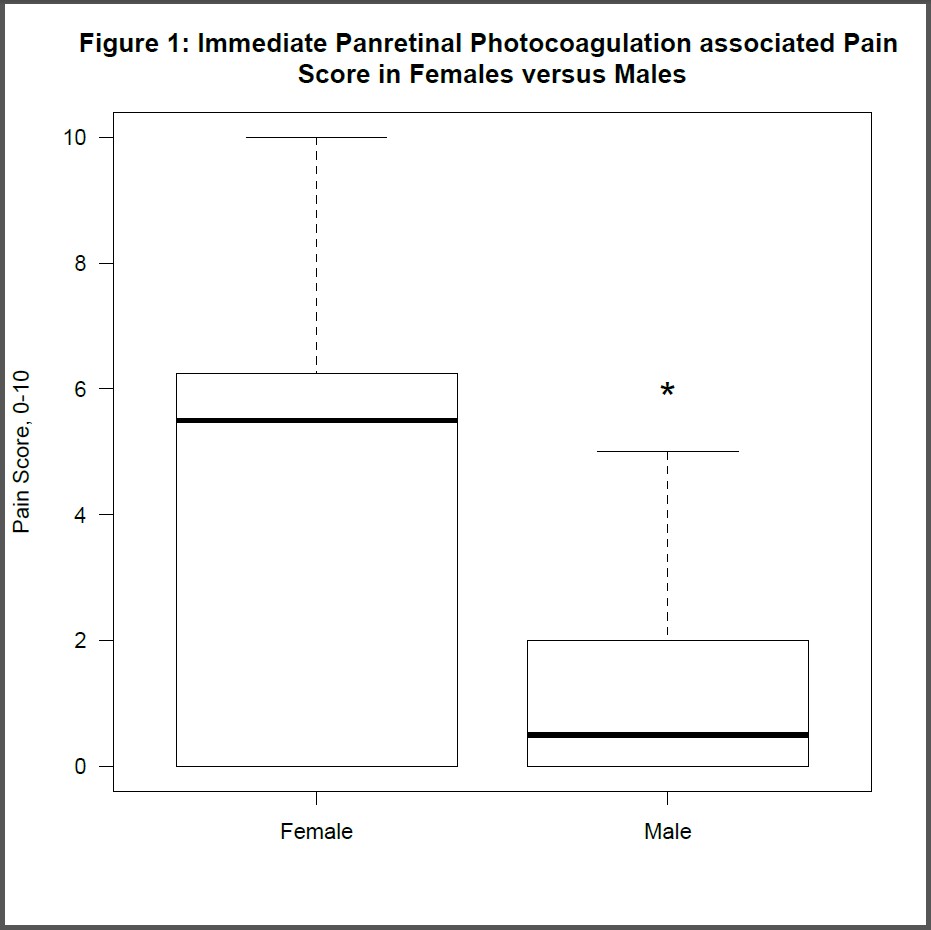 Supplementing laser treatment with music was safe, with directions by the laser physician readily followed whilst listening to music, and no increased complications were noted in the music group, however there was no difference in levels of pain. Female sex, total number of laser shots, and total laser energy dispensed were associated with greater pain. Our finding of lack of analgesic effect may be due to the small numbers in our study, the lack of patient choice of music, and also the reduced pain associated with more modern multispot lasers which feature shorter pulse duration, such as the Pascal machine we used.

Funding Statement
The authors have not received grant support or research funding and do not have any proprietary interests in the materials described in the article.