Those who knew the late Professor Niall O’Donohoe in recent years will recall a softly-spoken polymath, a kindly grandfather figure and an incorrigible romantic (in the truest sense), whose idea of bliss was reading poetry with Barbara, his darling wife, or accompanying her to Dublin’s Concert Hall to hear the National Symphony Orchestra play “something new”. They will also be aware that he experienced heartbreak on the cusp of retirement when Barbara succumbed to breast cancer. Niall found consolation in music, art, and literature, as well as his Catholic faith (although he kept taking The Tablet to the end). He was also blessed with fifteen adoring grandchildren, not to mention his royal treatment by five remarkable sons, and their equally outstanding partners, including trips throughout these islands, Europe and North America, to art galleries, opera houses and holiday destinations. What many may not have appreciated, though, is just what a colossus of Irish medicine this family man had been.

Born in Dublin on St Valentine’s Day in 1925, Niall Valentine O’Donohoe excelled at school in Monkstown CBC, coming first in Ireland in the Leaving Certificate English exam (his favourite achievement) and, “as an idealistic teenager”, he was inspired to become a doctor after reading the blockbuster memoir, The Story of San Michele, written by Swedish psychiatrist, Dr Axel Munthe. His father, Joseph’s modest civil service income meant it was a struggle to find the medical school fees at University College Dublin but Niall repaid the sacrifice with interest. Aside from a well-concealed undergraduate sporting career (notable for his try as the UCD winger in the Inter-Hospitals Cup match in Lansdowne Road), his academic progress was swift and, after internship at the Mater Hospital in Dublin, he migrated in 1949 – on the advice of Professor Ivor Drury (later President of the RCPI) – to the newly established National Health Service, in Britain, where his training in Alder Hey, in Liverpool, the Children’s Hospital in Sheffield and Great Ormond Street Hospital in London, left him with an indelible life-long professionalism, typified by suspension of self-interest and

devotion to the interests of his patients. He also developed a then-pioneering expertise in paediatric neurology, under the tutelage of renowned mentors like Dr Saul Keidan and Dr Paul Sandifer.

An even greater interest was in one Barbara Unsworth, a vivacious “Almoner” (medical social worker) at Alder Hey, who herself came from a distinguished medical family in Lancashire, and whom Niall married in Aigburth in Liverpool in May 1955. They were a conspicuously glamorous couple. 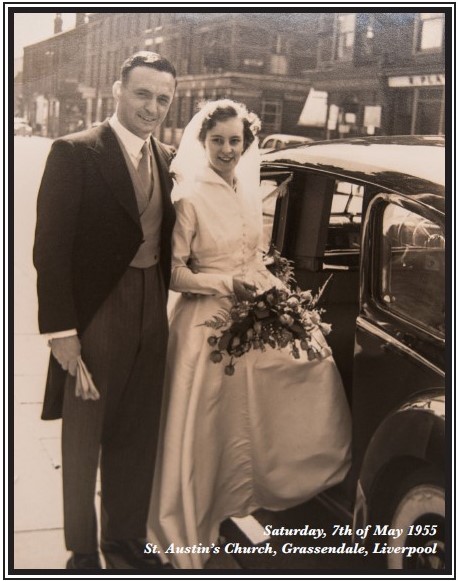 Niall was initially thwarted in his attempts to return to Ireland, when the paediatric consultant post he applied for at Our Lady’s Hospital for Sick Children (OLHSC), in Crumlin, went to Dr (later Professor) Sheamus Dundon in 1958. Disconsolate, he made provisional plans to move to the United States but, as luck would have it, the OLHSC management approached him again to see if he could operate the new-fangled EEG machine, which they had (somewhat prematurely) acquired and, on confirming his expertise, he was subsequently appointed as a consultant at OLHSC, in 1959.

The 1960s in Ireland saw a seismic shift in the state-wide provision of children’s healthcare, wrought by a handful of brilliant and heroic paediatricians, including O’Donohoe, Dundon, O C Ward, Dick Barry, Brian McNicholl, and Tom Kavanagh. Perceiving a huge unmet need for paediatric expertise, these pioneers did what they could to “fan out” across the island (Niall ran monthly outpatient clinics in Sligo, Leitrim and Donegal, for instance, while his great friend Brian McNicholl would travel from Galway to the “Mayo Clinic” in Castlebar).

Meanwhile, in Dublin, Niall was developing Ireland’s first paediatric neurology service in a portacabin he had craftily “sourced” from St Vincent’s Hospital, when it left its original St. Stephen’s Green site for Dublin 4. Initially intending to use it for “about five years” while the hospital got around to providing suitable accommodation, the eminent paediatric neurologist was still based there, with his “indispensable” comrade-in-arms (and multi-tasking EEG technician), Geraldine Monaghan, 20 years later, even as he penned his own global best-seller, Epilepsies of Childhood, in 1978.

Indeed, in a way, the temporary pre-fab in which Niall spent so much of his time as a consultant exemplified the challenges (and the “solutions”) he endured throughout his medical career. So too did his occasional forays to the UK to “pick-up” second-hand equipment, such as Crumlin’s first portable Offner EEG machine, which he purchased from Walton Hospital in Liverpool for the princely sum of £1, and brought back to Dublin in the back of his Morris Minor.

It would be tempting to blame “the Irish health service” entirely for this want of resources, but the 1970s were a period of planetary economic turbulence (featuring the infamous Oil Crisis and Winter of Discontent): like many in that era of hyper-austerity, Niall struggled professionally, domestically and (in educating five sons) financially; exhausted physically and emotionally, his health suffered, culminating in coronary bypass grafting, which left him wracked for a time with self-doubt. A further blow occurred when Barbara, the effervescent lynchpin of the family, herself suffered a near-fatal stroke, in 1978, that left her debilitated for years afterwards.

Happily, as fate would have it, Niall finally began to receive the recognition his efforts and ability deserved. Years of dedication to education, publication and organisation (of multidisciplinary adult and paediatric neurology meetings across Dublin), plus co-foundation of the Irish Neurological Association, Irish Epilepsy Association [now known as Brainwave] and British Paediatric Neurology Association first yielded a Council of Europe Scholarship in 1975 to the famous Boston Children’s Hospital Department of Neurology, and then invitations to lecture in the Middle East, and the Professorship of Paediatrics at Trinity College Dublin (TCD) in 1980. Many other honours followed, including the prestigious Ambassador for Epilepsy Award conferred by the International Bureau for Epilepsy, Honorary Membership of the British Paediatric Association and Fellowship of TCD.

By today’s standards, Professor O’Donohoe was modest and self-effacing in the extreme, but he was immensely gratified by the success of his world-famous textbook, which was described in the New England Journal of Medicine and elsewhere as the “authoritative” and “landmark” textbook on the subject.

He himself insisted that the book’s title, Epilepsies of Childhood, should emphasise the (“non-unitary”) plurality of seizure disorders afflicting children, and thus the multiplicity of remedies.

This scientific prescience coursed throughout his prolific output: in 1991, in Archives of Disease in Childhood, for example, he reminded readers that epilepsy in childhood was quite distinct from that in adults, and urged long-term vigilance in the use of the-then novel anti-convulsants, Lamotrigine and Vigabatrin, whose toxicity and misuse have been so much in the news lately.

Niall had a reputation as a world-class neurologist, but he was a superb general paediatrician too, as competent with cystic fibrosis and marasmus as he was with a myriad neurological conditions. Although reserved in adult company, this urbane paterfamilias had a delightful ability to relate to children with warmth and kindness, an aptitude that was echoed in the affection showered on him by his own grandchildren. He was also incorrigibly sympathetic to the weaker students in his orbit, as well as the more stellar, and many (of us) had reason to be intensely grateful for his encouragement, when undergraduate and professional careers were floundering.

A loyal and liberal friend and mentor, Niall was impeccably polite in public (prone to raising his eyebrow rather than his voice), but in private he was entertainingly “candid”, about politicians, fellow professionals and the Papacy, for instance. He always contended that, for those who were passionate about medicine, it was the greatest of careers. Ultimately, however, it was marvellous “old-fashioned” traits which distinguished this master of Irish medicine.

As with all great physicians, Niall O’Donohoe’s legacy was not impermanent publication nor portacabin nor even his immense popularity among patients, parents and professional colleagues; rather, it was the acknowledgement, by those he left behind, of the critical, enduring and – frankly – eternal importance of the compassion, curiosity and courtesy towards all, for which he was renowned.

In his famous explanation of all human progress, Isaac Newton observed: “If I have seen further, it is by standing on the shoulders of Giants.” Niall O’Donohoe was one such (gentle) giant. 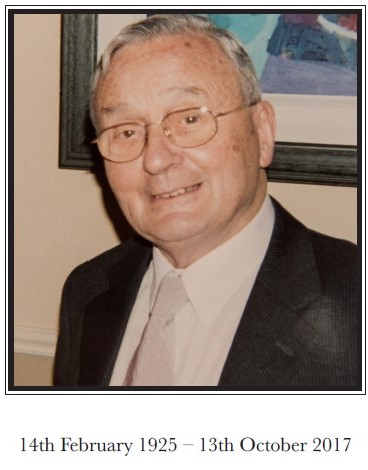