Are Adults Attending GPs Able to Check Their Own Weight?

Studies have shown self-weighing behaviour is associated with weight loss and maintenance of previous losses. In this cross-sectional survey of 151 patients, 98 (65.0%) participants were overweight or obese, and 59 (31.9%) participants did not self-weigh. Healthcare teams should advise patients on weighing practices to control obesity.

Obesity is a global public health concern. The 2011 National Adult Nutrition Survey for Ireland found 21% of women, 26% of men, and 7% of children were obese1. Trials have shown the benefit of self-weighing as either a single tool to promote weight loss, as one tool among many in a weight loss regime, or as a method to maintain weight loss that has already occurred.2-6. This study describes the self-weighing habits of a sample of adults to determine if they demonstrate effective self-weighing. The study endpoints are the frequency of patient weighing, its association with demographic variables, and characterization of patient weighing routines.

A cross-sectional study of 151 patients attending a rural and an urban general practice was completed. Participants outside the age range of 18-65, non-English speakers, patients with mobility challenges, acutely unwell individuals, and patients with psychological impairments were excluded. A pilot study of 10 patients was completed at one practice using multiple-choice survey questions developed by the research team, and questions were adjusted if patients found them confusing or misleading. Members of the team asked successive patients on selected study dates if they would participate, then administered the survey and measured height and weight. Statistical analysis was performed using Statistical Package for the Social Sciences (SPSS) and significance was attained when p<0.05. The Irish College of General Practitioners Research Ethics Committee granted ethical approval.

The study was conducted between March and April of 2015. Data from 7 patients was excluded because the patients were not between the ages of 18 and 65. Three outliers that had extremely high BMI values were excluded, leaving 141 for analysis. The median BMI of the sample was 27.5 and the mean age was 43.2 before exclusions. Response rate was 95.0% with 8 patients declining to participate. Of the 141 participants analyzed, 88 (62.4%) were female. Mean age was 43.0 with a standard deviation of 28.6. Median BMI was 27.4 with the interquartile range from 23.9 to 31.1. The frequency with which participants fit into each WHO BMI grouping is presented in figure 1. 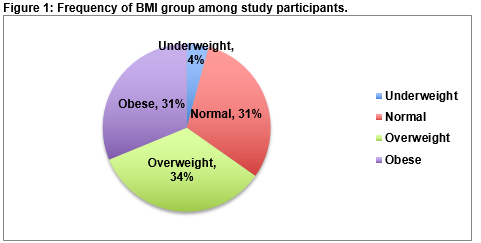 Table 1 presents the collected descriptive data. For patients that had a weighing routine, questions 8-10 were asked to characterise it.

The results of this study give us worrying insight into the general practice population, with 51 (34%) of respondents overweight and 47 (31%) obese, suggesting a continuation of the trend towards obesity in Ireland1. Furthermore, a large proportion of people do not self-weigh, or do not have scales. Those that check their weight, do so in an erratic or ineffective manner. The demographics of respondents and the fact that patients attending the GP are often acutely or chronically unwell, means that while these results may be representative of the general practice population, they do not represent the population as a whole. Comparison of sample demographics to overall practice demographics was not possible and is a limitation of the study. Since BMI increased with age in the respondent group, age may act as a confounder.

Ensuring adults are capable and engaged in self-checking their weight appears an obvious objective for public health messaging. Healthcare professionals who assume patients are capable of effectively checking their weight should challenge this assumption themselves, and in consultation with patients. In practical terms, while most health care professionals discuss weight with patients citing targets and BMI, such conversations might be more practically commenced with questions such as ‘Do you have a weighing scale at home', and 'how often do you use it?’

The authors have no competing interests.