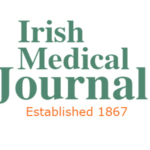 Measles Outbreaks Continue to Cause Concern

At the Europaediatrics in Dublin, 13-15 June 2019 there was a symposium on Mandatory vaccination.  Many pros and cons were voiced1.

The deeper and more worrying issue is why such a debate is now considered necessary.  It is difficult to grasp why a proportion of a knowledgeable and well-educated group of parents would choose not to vaccinate their children.  Scientific progress in vaccination has been hard won. Governments provide it free of costs to parents.  It is the greatest or one of the greatest advances in children’s healthcare over the last century.  In Ireland in 1950, in the pre-Measles vaccination era there were 15,000 cases in a single year. It is distressing to see these advances in disease prevention being undermined and underused.

The debate in Dublin provided a valuable insight into the non-vaccination problem. On the pro-compulsory side Robert Cohen stated the extension of mandatory vaccination has had a positive impact on mother’s opinion and infant’s vaccination rates in France.

On the anti-compulsory side Hanna Nohynek stated that in many cases it was not an anti-vaccination per se, but rather a failure to commence or complete courses of vaccines.  The family may have transport problem, the health centre being some distance away.  There are difficulties when the baby is being minded and the mother is out working.  The youngest child in a family is less likely to be vaccinated.  Due to communication problems, children from minority and ethnic groups are less likely to be vaccinated.  If a family is not registered with a GP, vaccination may not take place.  Vulnerable children such as the homeless frequently miss out.  Children with disabilities may not get their vaccinations because of other pressing hospital appointments.

The re-emergence of Measles in the US is an example of public health going backwards2.  The year 2000 had witnessed the elimination of Measles. Elimination means that there were no cases in a year.  The herd immunity target is 93-95%, below that an outbreak will occur.  When herd immunity levels fall, young adults and the elderly will contract measles.  Unfortunately there has been a resurgence with 555 cases across 20 states already this year.  Measles is highly contagious and each affected individual can infect at least 9 others.  The growing anti-vaccination movement is a serious threat to public health.  In Europe the number of cases in 2018 was treble that in 2017.   Between March ’18 and Feb ’19 there were 11,967 cases of measles across the EU.  It some countries, such as Italy, it is perceived as protest vote against State institutions. In Ireland there were 75 cases of Measles between March ’18 and Feb’19 compared with 25 cases the previous year.

The ways to increase vaccination rates are education, incentives and legislation.  In April this year New York City introduced the latter with compulsory vaccination for all individuals over 6 months in 4 districts of Brooklyn3.  Failure to co-operate carried a €1000 fine. The area has witnessed 500 cases of Measles.  The measure has met with a mixed response.  Those in favour stated that vaccination is a human right and children deserve to be protected against serious infectious diseases.  Those opposed to the directive point out that the public responds poorly to compulsion.  Such approaches further exacerbate mistrust in government and public health bodies.  Mandatory vaccination has not been clearly proven to work.  Refusal of admission to school for unvaccinated may encourage parents or groups of parents to resort to home schooling.  If proof of vaccination is linked to welfare allowances, the unintended consequence for many children will be further poverty.  It is better to concentrate on better vaccination programmes and services rather than adopting compulsion measures.

A suitable alternative is to confront vaccination misinformation.  As soon as false information is posted on social media, it should be immediately refuted. If this does not happen the doubts that have been placed in parents’ minds linger on.

Parents should be repeatedly reminded of the morbidity and potential mortality from infectious diseases.  Measles is causing 10,000 deaths annually across the world.  Education is a major vehicle in promoting vaccination and it must be sufficiently robust to counter-balance the anti-vaccination stance.  The false link between Measles vaccine and autism continues to be promoted despite many scientific studies debunking the association.  Other common, incorrect assertions are that vaccines are unsafe and harmful and that there is collusion between government and the pharmaceutical industry.

In high-income countries the proportion of parents refusing vaccines is 1-2%.  The vaccination rate must be 95% in order provide herd immunity4.  Currently, in the UK the vaccination rate for the first dose is 94% and 87% for the second dose.  In Ireland rates are satisfactory but there is no room for complacency.

The public continue to have trust in well-informed professionals.  The challenge is how we can best reach them.  It is helpful when general practices have vaccination champions.  The place where the vaccination takes place should be both child and family friendly.  The GP or practice nurse should have the time to advise and reassure parents about the safety and effectiveness of vaccines.  The call-recall of vaccination reminders should be made to work optimally.  The key message is to make it easy to get vaccinated.

The 3 components in the achievement of a well- vaccinated community are similar to the piano, the piano player, and the music.  The piano corresponds to the effective, safe vaccine products that we have at our disposal.  The piano player is the professional who promotes, organises and administers the vaccines.  The music is the well- protected population at the end of the cycle.

The ‘piano player’ is the sector that needs greater support.

At both a national and international levels, vaccination campaigns need to occur at regular and planned intervals.  Much can be learned from the anti-smoking measures which have been very successful despite strong, well-resourced commercial opposition.  Professionals should bring up the issue of vaccination at all clinical interactions such as GP visits, ED attendances, hospital OPDs, and in-patient admissions.

All health services need to actively support and protect their vaccination programs.  Promoting the delivery of a high quality vaccination service is an investment in our children’s health both now and into the future.