While the article accurately depicts the slowing down of improvements in life expectancy worldwide, it misrepresents the actual pattern of death rates in the Irish population aged 65-84 years in the last decade. Statements such “Table 1 shows the how greatly [the number of deaths] varies from what would have been expected if the better rates from previous years had prevailed” and “the first notable rise in mortality” and use of the term “excess” give the mistaken impression that mortality rates have risen since 2008. In fact, as this Figure shows, mortality rates have continued to fall, although at a slower rate. 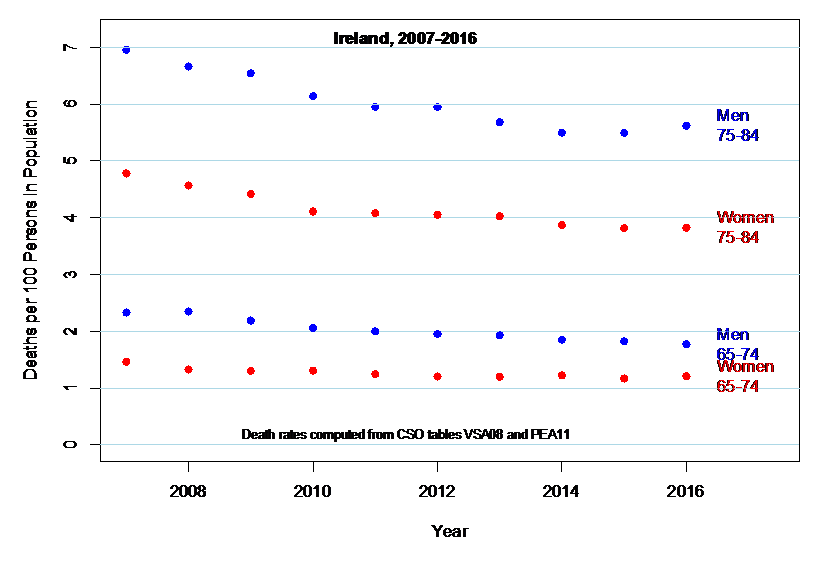 Unfortunately, these statements have been reported in the media as a “spike in female mortality since the recession”.  Might the IJE reproduce this Figure and let the mortality rates speak for themselves?

Thank you for the opportunity to respond to the letter of February 25, 2019 from Professor J Hanley. This refers to our short paper on “Recession, Austerity and Life Expectancy” published in the IMJ in February. We should like to make the following comments:

(i)  Prof. Hanley begins by stating: “… the article accurately depicts the slowing down of improvements in life expectancy worldwide”.

(iii) Prof. Hanley suggests that for Ireland we gave the “mistaken impression that mortality rates have risen since 2008.”

We did not state that mortality rates had risen as we did not analyse mortality rates. However, the data he provides show that, for men aged 75-84 in Ireland, there was an obvious rise in the most recent year. We are remiss in not having made more of that and perhaps should have looked at death rates as well as both life expectancy and the deviation from the number of expected deaths that has occurred. However we did show, in Table 1, that 4.4% more men were dying in this age group than would have been expected had the recent trends in life expectancies continued.

We do acknowledge that there could be some confusion in our text using “rates” to refer to the rate of excess as a percentage of all deaths that have occurred.

(iii) Prof. Hanley said that it is unfortunate that the media reported as a “spike” the even greater departure for the trend that we reported for women in Ireland.  We have no control over the media reporting of our work, or of the journalists’ interpretations.

(iv) Prof. Hanley provides his own graph. We feel it is important to be able to compare like with like i.e. to explore the most recent years in the context of trends from the previous years (albeit in our work, which was on life expectancy and the absolute number of deaths). We have therefore superimposed lines of best fit for the years 2007 to 2014. The lines certainly show a downward trend in mortality rates, but for 2015 and 2016 the data points, particularly for males aged 75-84, are some way above this trend, which is one of the main points our paper tried to make. We hope this reply helps to strengthen that point. Something unusual is occurring in Ireland. 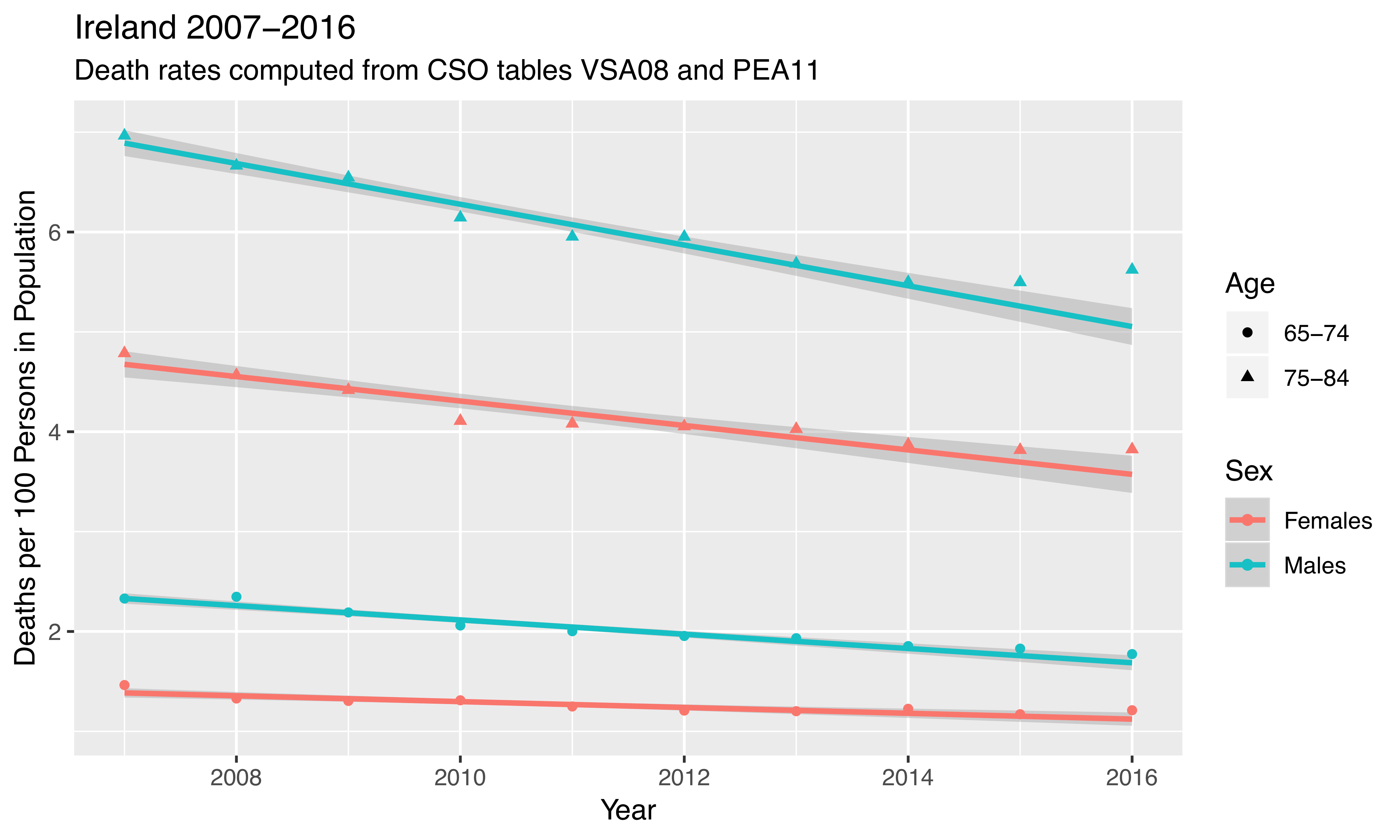